I Am In Total SHOCK Right Now

Got a notification from the ALLSTARSPACE YouTube channel about a new video short talking about a new update for the GW4 watch. And when I watched it I discovered he was using MY WATCHFACE during the filming of the video. The watchface he has on his watch is MAG 1757 and here is the link to his video short.

Hey. Wow . I will put you in touch with my Agent. You can talk about Royalties .

UPDATE: I commented on ALLSTARSPACE’s video thanking him for featuring my watchface. This is the reply I got in his comments section from him. 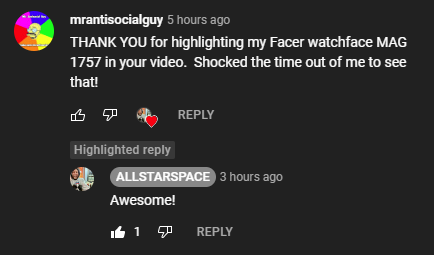 sorry to spoil your high , but it wasnt yours , if you look closer it was a similar one with different colors and the one that had similar colors at the end had a different font.

Looks the Same to me. 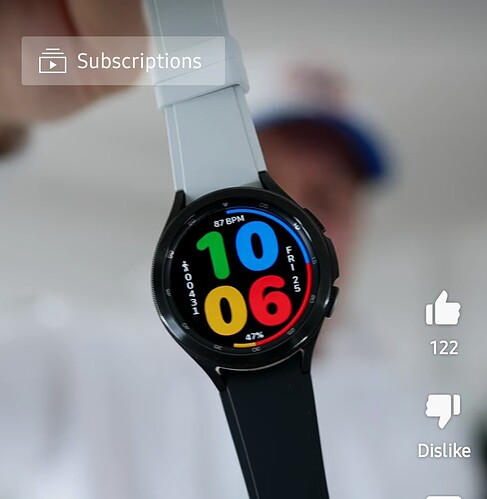 Nah, I saw the watch face… it was not the first watch, but the second watch shown in the video. Looks good though!

I was just about to post a screenshot of the video and say “his high is well placed and well earned” – but @russellcresser beat me to it! And… ALLSTARSPACE’s comments also confirm it.

What I can’t figure out: ALLSTARSPACE’s accent

But I’m becoming to think Deutsch…

@russellcresser & @kourosh
I don’t remember his exact country, but I’m pretty sure it’s one of the Scandinavian ones.

As a Dane, I can say definitely not Scandinavian. @kourosh seems to have found it, but my guess would have been German or German speaking country.