Just look at that…
Should I send him formula to code battery status based on arc ? 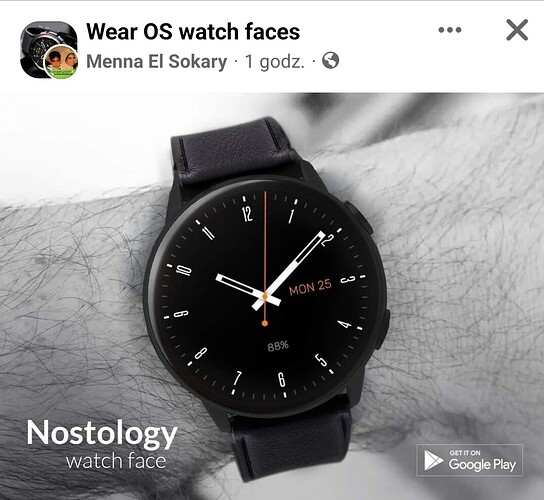 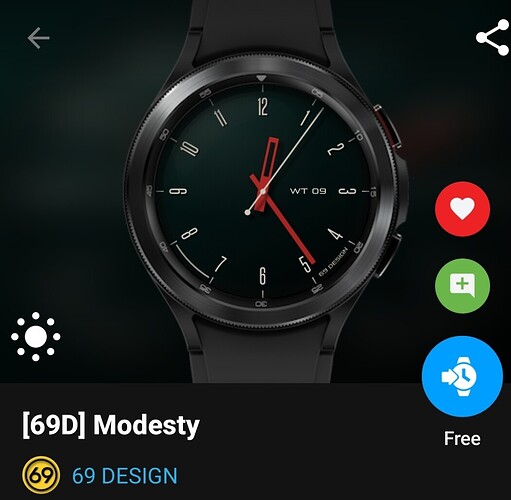 One of designer in Facer contacted me and he inspired by one of the design I’ve made, i told him to feel free to modified it since he asked a permission.

For me, i love to be inspired and Inspiring, the rest is just about the unwritten designer ethic code. Maybe others could have different opinion

As you said… contact with designer should be first.
If he made a watch face which is free (as mine) and he mentioned me as a source inspiration… still alright.
But when he made a paid watch face, which is almost the same (hands, dials and look) thats not allright

Yes, i feel you @adrianrogalski

It would be Intresting to know if your Face was Premium Paid Face if Facer would help you defend your Original Design. As a Free Maker I am guilty of some Plagerism. However if I was Pro I would not do that.

You can send in a takedown request. It’s the same for us.

If the Copied Face is on Google Play Store can Facer do anything about that ?

No but you can send Google the takedown request.

Alright . Cool to know . You may or may not know I am trying to curate a list of words that might get your Face taken down due to something in the Description or Title . It is interesting to know about the visual end of it . This will be a very Interesting topic to follow. 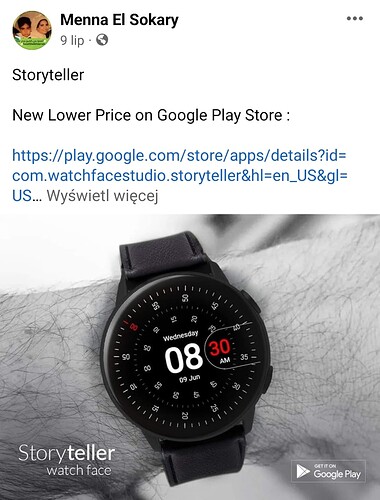 Take downs for a visual aspect is a boat best not rocked. What if a big watch company copyrights panda watches, or certain watchhands or certain visual aspects- and it’s already starting, torx screws for example. In my opinion if big watch companies could takedown facer - they would. The thin end of the wedge is already here - just look at the restrictions Apple impose on smart watches. I’m happy in a way, that it’s a bit wild west in the smart watch world. That’s my rant over, back to the topic - it’s a moral thing and there should be a system in facer where if it’s proven to be a straight copy of someones watch it could be removed as a paid watch. A free watchface is a free watchface and is also, free to copy unfortunately. It’s unfair and against unwritten rules to copy and present as your own someone elses work. That’s immoral, a misrepresentation and in some cases illegal.

I don’t think this is a coincidence. There is inspiration and than there is plagiarism. Looks like the aft to me. ???

Honestly it’s pretty tough to be 100% original in design. I agree with BIELITZ that takedowns for visual aspects is a slippery slope. In the real watch world, there are so many examples of glaring similarities of watch styles among the highest of high end watch brands, to the lowest of the low. I find it funny that none of the high end watch “fan boys” bat an eyelid when a Breguet Type XX1 Green looks exactly like a Tag Heuer Autavia Flyback (or vice versa?), but when a cheap, no name brand makes an “homage”, they freak out about it. There are tons of examples of this kind of thing in the watch world. Everyone “borrows” off of everyone else, including myself. What I try to do when making any watch face is NOT look at other faces for inspiration but just keep my eye out for anything that can inspire me to make a face.

To me, I just think It’s just not a good idea to start going down this road even though it seems pretty clear that the dude is really taking way too many styling queues from the OP’s watch.

No. If someone creates a thing, its their thing. Not yours. You did not create it therefore you cannot claim it as your own or reproduce it regardless of if it is for sale or not.

You said it better than me…I was trying to suggest a way of taking it down- nobody should benefit from someone else’s work.

On my end I publish every watchface with inspection open and I don’t say so in the description, but it’s covered by a Creative Commons copyright. If you want to use parts, expressions or just duplicate it I don’t care. Though it would be nice to get a credit for the idea.

I’m also putting everything open for inspection…
but I don’t want that to be copied, except for the codes.
Neither in parts nor as a whole.

No respected graphic artist would copy someone directly or claim part of someone else’s work as his own.
If something inspires me, I usually state directly where the idea comes from.
The closer I am to the source of inspiration, the more precisely I give the source.