Need to remove a bad site from my followed profiles page

I have asked for help multiple times from support but never get the site removed from my page. I know they are supper busy but I when I get a reply that they removed the site from the platform the site never goes away on my page.
I have a premium account and have thought of closing it and opening a new one but I hate to start over again with losing all of my favorite watch faces and some faces that I created.
Any help would be greatly appreciated.
-Beth

By any chance did you block the site when you reported it. I’ve had that happen and there seems to be a bug in the system. The site I blocked I started getting notifications of when they published watch faces, just like I was following them. As soon as I unblocked that site, the notifications stopped.

Yes, I did block them. I have tried to get the site to come up, to see if I could report or block, or something, but I think it has been removed. So I can’t access the site at all now. I am pretty sure this is a bug. This site showed up after I got an email saying they removed the site.
I was asked if I uninstalled the app and I did, but it did not change anything. But after I told support that, I never heard back. I know they are busy. Just drives me crazy to have that site listed with sites I follow.
Thanks for the reply.

There are at least 5 of these pests, and several of them were reported-- MONTHS ago. But they’re still there somehow. At one point all 5 were following me, right now the second one still is. I have them on follow for quick access to their profiles, in case they need to be re-reported. 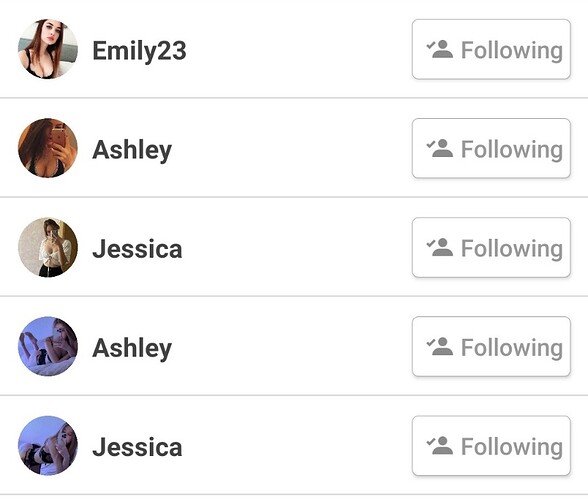 Yea…they are definately a pain. Seems they just keep popping up again. I think this profile is at least deactivated. That is why I dont understand why it shows up on my followed profiles page. It doesnt highlight that I am following it, the profile is just listed there. Gotta be a glitch. Appreciate the reply.