Skeleton, but with working gears / actions

Is anyone working on this?

Are there any working examples? (I have already looked at all watch faces tagged ‘skeleton’.) 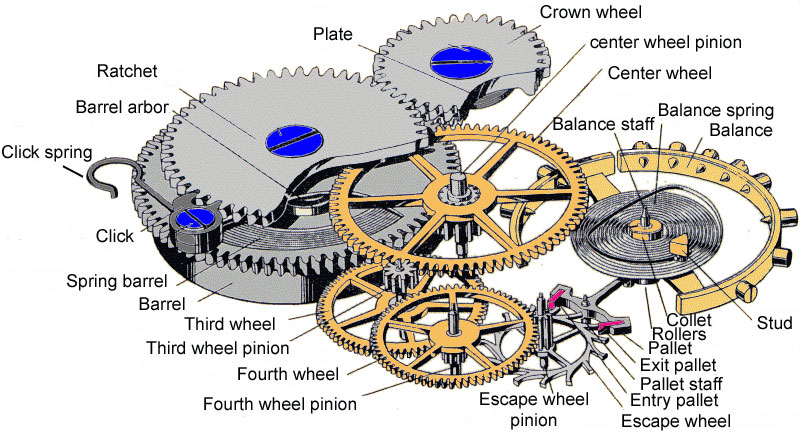 Someone needs to create an application that would allow the user to put together this kind of cogs visually and generate a Facer script.

I’ve already got 40% of that working … and can create additional gears (cogged wheels) with little effort. That’s all maths, engineering, and arcane knowledge … but there are enough hints out there.

Just needs some artisans to add some gold / steel rendering, realistic springs, and figure out what people want to see. Do they want a fully ‘working’ watch face, or the illusion of plausible (but partially hidden) elements.

I can do the maths and engineering. I don’t have the time (or inclination) to actually produce the ‘final design’ watch faces.

Not all of them, but some gears turning 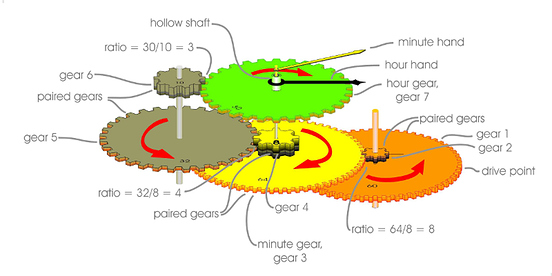 . As to your skeleton search comment I think one of the attributes of these skeleton digital designs is that they are doing “something” when you glance at them. I would venture that a large majority of the public has no idea what the gears do (except to turn the hands somehow) and are not privy to rotational math and gear ratios, etc. When a wearer looks at their watch for less than 2 seconds they want to see the gears doing something… anything. So on my design above, I just turned the surface gears and the partially hidden escape wheel. The majority of skeleton builds I’ve seen here are rocking at least one gear back and forth with a sine function. But for those who know what they’re looking at, that’s a nice working model you have. Your tooth alignment (size and speed) is very, very good. I’m sure with a couple 'o beers in hand you could spend a good hour complaining (or boasting) about how hard that was right? totally understand here.

To clarify, the above diagram I found …

That was from someone’s attempt to explain the inner workings and how to build a wooden pendulum clock, from scratch. They skipped most of the details, but did describe the maths of ‘gear trains’ and some details on pendulums …

I was able to reproduce the diagram, which has a deceptive level of detail, fairly easily. But, the gears themselves are very specific. The exact ratio, size, and placement can not be adjusted, only scaled as a whole. This required a fairly-sophisticated spreadsheet (18 columns for numbers, per gear).

So, I can share some gear blanks (or short 2-3 gear trains), if you need them for your skeletons … 300dpi, grey/outline, etc. 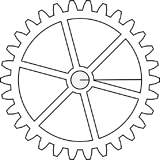 And, I will see how much effort it takes to ‘finish’ this test example.

With all 7 gears meshed and in correct rotation. The second hand is included, but not yet supported.

[back soon, being updated]

Very cool idea - Looking forward to see what comes of it

I may have to simulate using a slower rate, less steps, or something more complicated …

I don´t mean the gear, i mean the spring itself.

We had that speed issue as well on the Amanda face. Tomaja had the idea to use a "fuzzy"gear…

I can send you a picture what i mean when i am at home.

I did do a draft ‘fuzzy spring’, but didn’t like my initial effort.

Amazing!!! I was thinking about this, but only visual, not real working gears. This made my day. Do u have tutorial?

Here is the sample of the fuzzy gear!

Hope you can use it… 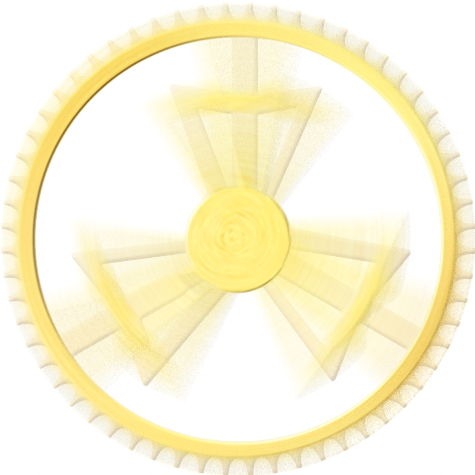 In the “Amanda” watch face it looked very nice and shows the speed very well.

Maybe i could make one tomorrow, from your template. 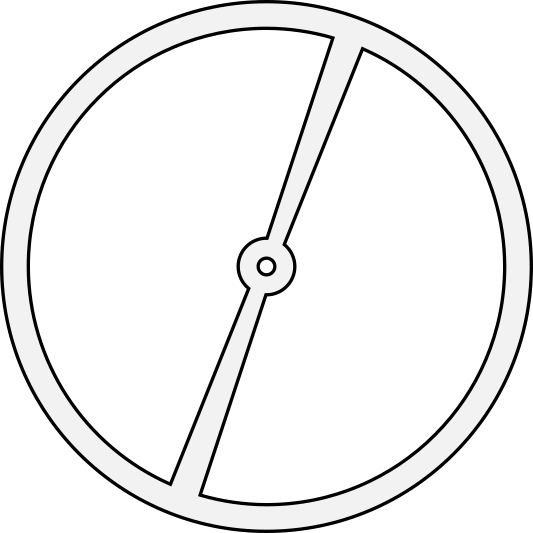 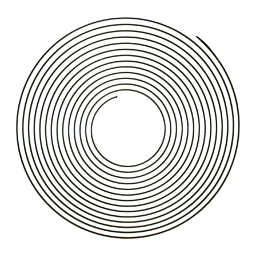 Do u have tutorial?

Just finishing up a contract (end-of-June). May have time now, to put together some tutorials …