Here is a FREE variation of The Daily. This one employs a 30deg angle to the face so that when you glance at your watch when your arm is in a natural position in front of you the face is oriented for optimal reading. This concept has been done by a number of real watchmakers, Seiko among them, but I feel like it’s Longines that I associate it with the most. I think it’s pretty cool though I wouldn’t want all my watches to be this way. I’m curious what you all think though before I decide whether to do more angled variations of some of my designs. So if you don’t mind participating in the poll below it will help me decide. Thanks!

WHAT DO YOU THINK ABOUT AN ANGLED FACE?

It works obviously, but it’s definitely not for me.

i did a cople of angled dial (digital) but based on my arm position did at 20 degrees , so after spanking my nuts to sync resync, redo, rotate and so on i find that is too much a personal fits and after use it a bit it appear so unnatural that i goes back traditional dial right after an hour of use.So its up to you but for me is a wasted of time.

Good work, but…it’s not my pair of shoes LOL

Always Beautiful Designs. I have worn a few out of Intrest but it does not suit me. I look at my watch several times a night. Holding the Watch by the Lugs for Orentation as I prefer Analogue and the Eyesight needs all the help it can get. 12 up for me.

I would consider using it, if it was digital. I actually made me one such face. But for analog watch, my habit of comparing hands position first to the case, would get me confused each time when focusing.
Maybe if I could turn the fixed marks on the case like this, but I have none. 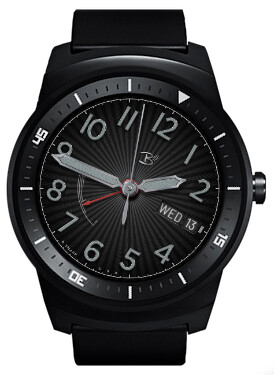 good point about the fixed marks. Another example of why I which the watch manufactures would recognize that the watch itself should be a black canvas so that it doesn’t interfere with or restrict the kind of faces that look good on it. Fossil gets that part right, but they refuse to eliminate the black ring.

But aside from it looking awkward in those watches with permanent case numbers, the orientation is pretty easy to adapt to because of number markers on the face. If they were just block indices that would probably be confusing.

I might still release a couple of angled, but I think I can see from this small survey already that it shouldn’t be the primary version, but rather just the eccentric little brother.

What about put one more customization variable for it into menu, when you make premium version, to let people apply the angle if they liked? By such “minimal” design should be easy.

well, except the premium version is not so minimal. There are 20 layers in this free version. The premium (called The Daily) has about 60 layers because of all the extra customizations and added functions. It could be done but it would be a royal pain in the butt. I’d rather release them independently.