Who can build me a watch face?

hi all!
i know a concept watch for years now, but it got never built.
is it possible to create a watch face like this?:

i would LOVE if someone could take a closer look and maybe try to create this as a watch face.
me cannot

cheers and thanks in advance!
Topsider

Hey @Topsider Welcome. It will be intresting to see if someone picks up this one. You of course realise it is actualy a fantastic amount if work not to mention a Copyright Issues.
All the best with that one.

hi @russellcresser
many thankies, yeah i know about the Copyright, but it was never released, so i think thats not a problem … i wish so hard for this layout, so i hope someone will build it. i’ll even pay for it

Yeah. We don’t Talk about patment on here. I think an un-manufactured watch face might be more protected. It will be the IP of the Designer and they could still be entitled to ask for a Fee. You could try contact the Designer and see if he is intrested . Later i will try show you a piece of work you will love. Not by me. I am one of those who is more enthusiastic than talented.

Kind of like the idea. Here a first go at it. Time mirrored horizontally.
I’ll try other variations, now that I have away to create it.

WOW. You have not been told how high to jump yet. Amazing.

@russellcresser
Oh wow! a really nice design!
i’ve contacted SAM (who made the watch study for Tokioflash) and asked hin about copyright and stuff, i’ll let you all know his answer by the time

Hello @tom.vannes I can’t see how you’ve made that, so I don’t know if you’ve already done so. But by giving an image a negative height or width, it is simply mirrored. That would be extremely useful here.

This is going to be an intresting Topic to keep an eye on.

Images only, open for inspection… feel free to have a look.

I did think of playing with width and height, but it was fairly easy to draw the numbers. The grid is still in the watch face for positioning.

I know it is something different, but this request made me experiment with fonts again and that resulted in this odd face:

Very elegant solution! You make it seem like a breeze to create a new font. What software do you use to do that? I’ve only looked at inkscape and only to edit svg’s, not to create them.
I would like to try my hand at fonts at some point, so much simpler to work with than images.

Thanks, I can see how you did that. Hadn’t thought of making the image with reflection in one, stupid of me. That can be done with a horizontal mirror as well, easier than mucking about with several images.

I’ve created this font with fontstruct
(haven’t published it yet, because I only did the numbers…)

Seems I already have a profile in there, just never got around to using it. I don’t think that @petruuccios used that though, maybe created the structure there and then moved it to fontforge to tilt and stretch. Or maybe something completely different.
I “created” the numbers of a font, like you, but from segments drawn by someone else, importing in inkscape to edit and then moved them to fontforge to map. A lot of things that can go wrong it seems. I’m guessing fontstruct will guide you past those.
Here’s the font I managed to generate. Centering the digits for a perfect overlay was quite frustrating. 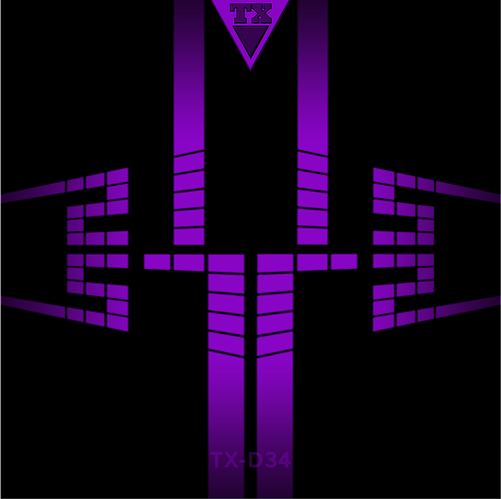 Actually, in this case I was just lucky to find font family, that has multiple fonts with different slants and morphs already done by somebody more proficient with the font tools.
For my own font works I mostly use Fontstruct and Glyphr. I tried also the .svg way, but it was too complicated.for me. I just dont like the vector image tools, in which that I can not construct simple numerically defined circles and lines that would be simply tangentially connected.

Fontstruct with its bricks gets limited as soon as you try to make some slanted fonts or thin arcs.
Glyphr is saving only .otf fonts, so for facer you need to convert them to .ttf first.

I agree. I tried to slant the digital font I created in fontstruct, but gave up…