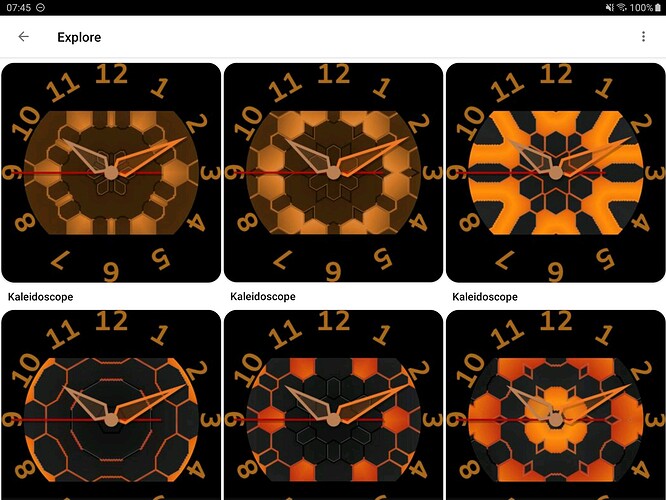 @Facer_Official I really do not mean to be a Kill Joy. But Publishing 70 Remarkably similar Faces in one day makes a Joke of trying to give your Followers a Chance to see Your work there.

Do we think there should be a daily limit on the number of publications in a day. I Realy do think Half a Dozen would be Fine.

Facer brings it on themselves. I don’t know if its the same for you, but whenever a partner that I follow releases a face, I get six or seven notifications in a row. A little less drastic, but its principally the same thing. Flooding out everyone else. The only thing you can say is that its not sustainable by an individual. If you released something and it got flooded out, release an update.

Thanks for Joining in Rich . Yeah I noticed without naming any that there are multiple Notifications for Certain Designers . I will go for a Screenshot next time I see an example .

I like to check my Notifications to see if they are Designers , and peek at their favourites to see Different stuff that is liked . Also shamefully to see if the y follow me and the Usual Suspects.

Facer brings it on themselves.

True. If the regulars are not allowed to use custom variables and themes to make all the simple variations into one face, then it ends up with flood.
For the multiple notifications, I thought it was for each eventual updates short after release, but maybe I was wrong. That is why I was trying to avoid updates, as I was afraid, it could annoy people, if they keep notified about same face.

Oh My. Is there some sort of Competition going on that I missed ?? These guys could put these in one watch Face. Now that would be Fun. Could even get those 12 on a Apple if they were squared up. Of course that takes a Modicum of Skill.

Do we think there should be a daily limit on the number of publications in a day. I Realy do think Half a Dozen would be Fine.

I agree. We have the same problem with members who do personalized watch faces. Only one or two people may be interested in them, yet at times they have taken up several rows of recent designs.
I wasn’t aware that notifications are duplicated. I have not had that problem.

Thanks for bringing this issue up @russellcresser It is a bit rediculous. I often see many dozens and dozens of new faces flood in, the author simply swaps out a picture for each one, and is done. Just pumping them out & flooding the new faces area. No real talent in there, IMO. I suppose people like to look at pretty pictures, but it’s really a bit silly. Things like that should be grouped together and only take up one spot in the new faces list. I honestly don’t know how they would implement that though. Maybe you are right, and a daily limit might work? Even 1 per day would suit me, and would probably push for better quality designs coming out as people are forced to take more than a minute of effort into it. Might be too much to ask for themes to be added to the free users. If it was, I suspect the flooders who have no talent or integrity (IMO) would just ignore that and keep flooding.

@Linlay I thought the notification Duplication was just a problem on my Budget Laptop , Obviously not , i just feel at this moment in time that is the least of Little Labs Problems.

I’m still only getting new notifications here, no multiples of the same thing

I have three accounts, and all are subscribed to the other two. I only get one notice each time I publish a face and no duplicate notices if I have to change one for some reason.

Thanks for reasuring me. That means somebody sends it different

Afaik the partners’ designs are tested by Facer, so that is why usually a bunch of them are released at (almost) the same time. They get stacked up and tested/approved in one go

@ThaMattie They are notifications for exactly the Same Face .

Is @Facer_Official actually an official of Facer?

Yes @Facer_Official is at least on staff. But it’s not just one person, several people have access to that username. I have seen them identify themselves by a first name.

@rob.fisk @mrantisocialguy. It is just a bit of a joke. @Facer_Official should Invoke them. It certainly would Invoke me if I typed @russellcresser. It is used when they make announcements. I have used it as a throw away to entertain the troops. I doubt it is any more use than typing #MARVIN# 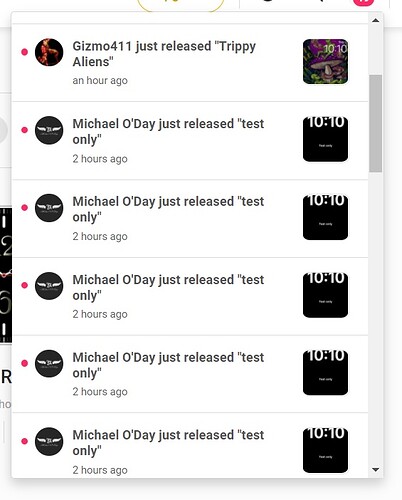 They were minutes apart from each other, so I’m guessing he was publishing to sync it for testing, then making adjustments and publishing again until he was satisfied.