A very simple analog face with minimalism in mind: 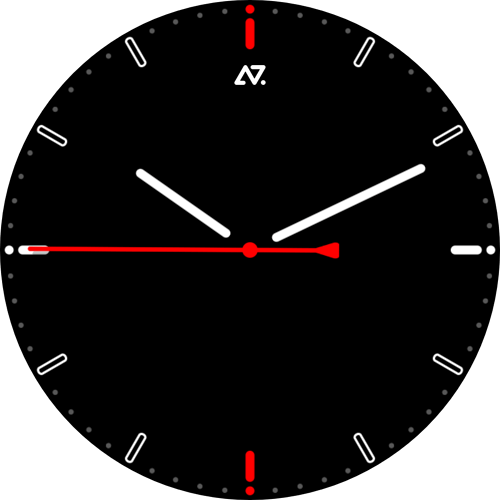 … but twist the wrist 45 degrees down to hide away analog hands and reveal full info screen: 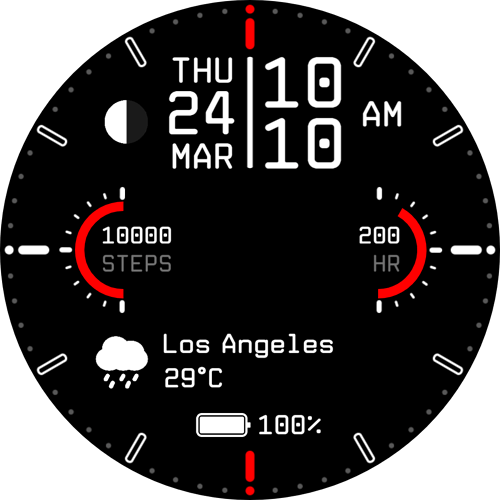 Now that’s thinking outside of the box!

Nice job, and good use of a trigger for the data screen.

. I have used that sort of a trigger before as well but I couldn’t figure out a way to show the data screen in the default web preview for the free Creator version. Any way, well done!

I have used that sort of a trigger before as well but I couldn’t figure out a way to show the data screen in the default web preview for the free Creator version.

I had the same problem initially, so what I did first was testing if hands disappear as I want them.
Then I’ve just set their opacity to 0% and worked on the digital part, leaving pasting the gyro switch off/on tags to the very end. Sadly, no other way to test it (unlike in Watch Face Studio where you can manipulate gyro on both axis to see the result).

Thank you All for checking it out

Well done. Nice Idea. Did you actually use Gyro or accelerometerRaw. I find Gyro snaps back and drifts on my watch.

@akar.zaephyr. When I am working with layers I want to test on Creator. With Motion Detection or some other that will not Sim there. I Type 100// in the begining of the line or what ever your opacity is or position for that matter . It is old school but it works. Some of it is unnessisary but it helps you to spot what you have done.

Initially I’ve made it fade-in and fade-out instead, but the reading are on a scale of 0-10 where as opacity 0-100, so the resulting multiplication made it disappear in steps of 10, not smooth enough. So I went for the 0-1 option.

I have never had accelerometerRawY() readings step. On my phone and watch it is floating point. I will have to look at your 0-1 trick. Not quite sure what you mean : )

That is way cool!
I love that.

I like plain clock faces when I have headaches, but the info when you move your wrist is brilliant.
Very well done!

Hello Akar, hope you read this. I was working with the tilt as well, tends to be very jittery on my watch, needs a fade in/fade out.

I love your AZ058 faces, it reminded me of something I tried to do something with. You can see an example of it here

I’m using a background with cyan, magenta and yellow with a semitransparent overlay of red, green and blue. This makes one of the background colors turn gray, the others shades of the overlay.

I couldn’t get it to look very nice, maybe you can? Btw, copied your digits, but I’ll never publish something with someone else’s work. So hope it’s OK here.

Thanks! But as you’ll notice, it does not show the time. I’m an engineer, so the technical stuff is pretty easy for me, but making a watch face look cool seems to be beyond my abilities.
I wanted the face to show the effect, show what is happening. But when i try that with the full time, all I got was an unsightly mess.
I’m hoping someone here who has the eye for it can run with the idea.

Stunning Idea. The two wheels could be complete gibbirish till they got together. Is that a downloadable font. I yhink not. To do hours and minuteslike that would be a job and a Half. Not often something that different comes allong.

I’m pretty sure the font is AZ’s work, very cool. Making the wheels wouldn’t be too hard, I have one with the six numbers repeated, didn’t take me that long. But you’d need several wheels, at least one for the hours and one for the minutes, maybe two for each, one with each digit. But like I wrote before, it just became much too messy.

The thing is it will really work well for the seconds. Some other trick for mins and hrs. Flip Book Numerals migh be fun.
I have to Inspect the work as I am not certain what is going on.

With seconds it changes too fast. On my example each changes every 4 seconds so you have a full second of each combination. If it changed four times a second, I think it would be headache inducing. Easier with the minutes and hours with a three second transition.

In this paryiculat case I would not be upset if it showed every 5 seconds. But with the mins a change every minute might be sissapointing. I need to look at some wheels and have a play. Are they small enough to post here. 640x640. 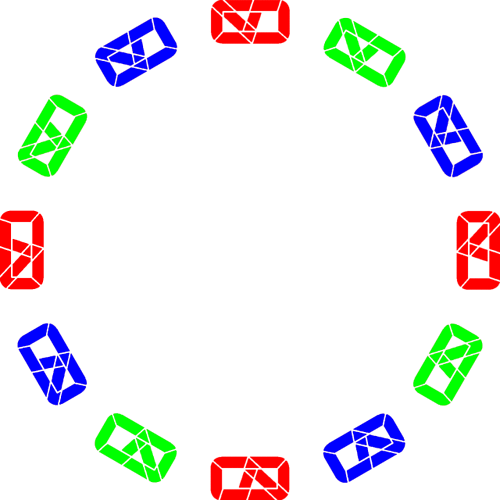 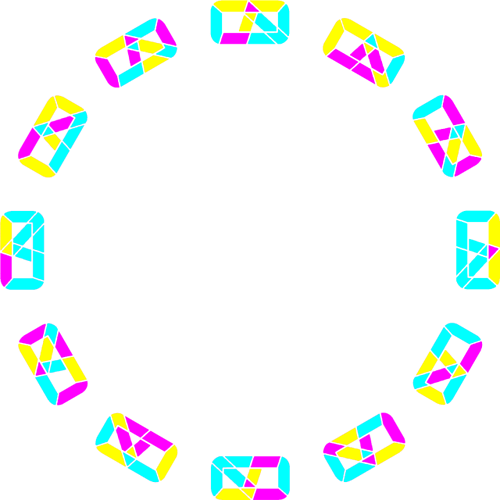